With the aim of achieving full and equitable access to and participation in science for all women and girls, gender equality and their empowerment, on 15 December 2015 the United Nations General Assembly proclaim February 11 as International Day of Women and Girls in Science.

Even today, women and girls find barriers of many kinds and sometimes very subtle, which hinder their presence in science, something that is especially evident in the choice of scientific and technological studies by girls.

According to UNESCO, worldwide, girls students pursuing higher education in the fields of science, technology, engineering and mathematics (STEM) account for only 30%. Worldwide, the presence of women is particularly low in the field of information and communication technology (ICT), at 3%. Natural sciences, mathematics and statistics account for 5% of women and 8% for engineering and construction.

To make gender equality policies and programs truly transformative, to eliminate gender stereotypes through education, to change social norms, to promote positive role models for women scientists, and to raise awareness among the highest decision-making bodies. We must not only get women and girls involved in the fields of science, technology, engineering and mathematics (STEM), but also be able to lead and innovate, and have the support of labor policies and cultures, Audrey Azoulay, Director-General of UNESCO, and Phumzile Mlambo-Ngcuka, Executive Director of UN-Mujeres.

Prejudices and gender stereotypes that have long crept in continue to keep girls and women away from science-related sectors. A study conducted in 2015 by the Geena David Institute entitled “Gender Bias Without Borders”shows that the representation on the big screens of women working in science is limited to only 12%.

The celebration of this day is an opportunity to organize activities that help visualize the work of women scientists, provide female references and reinforce positive stereotypes in the scientific-technical fields. The initiative aims to bridge the gender gap in science.

Women make up less than 30% of the world’s research staff. In Spain, they occupy only 25% of the positions of scientific professors. And, although in the CEAB 48% of the staff are women, that is, almost half, when we look at the decision-making positions and the most advanced stages of the scientific career, the percentage of women decreases.

Activities organized by the CEAB #11F2021

This is the fourth year that the CEAB has participated in this initiative and 11 researchers have joined. The centers where they will share their experiences with the students and the opportunities offered to them by the world of scientific research are spread over municipalities such as Blanes, Pineda de Mar, Canet de Mar, Hostalric and Breda. 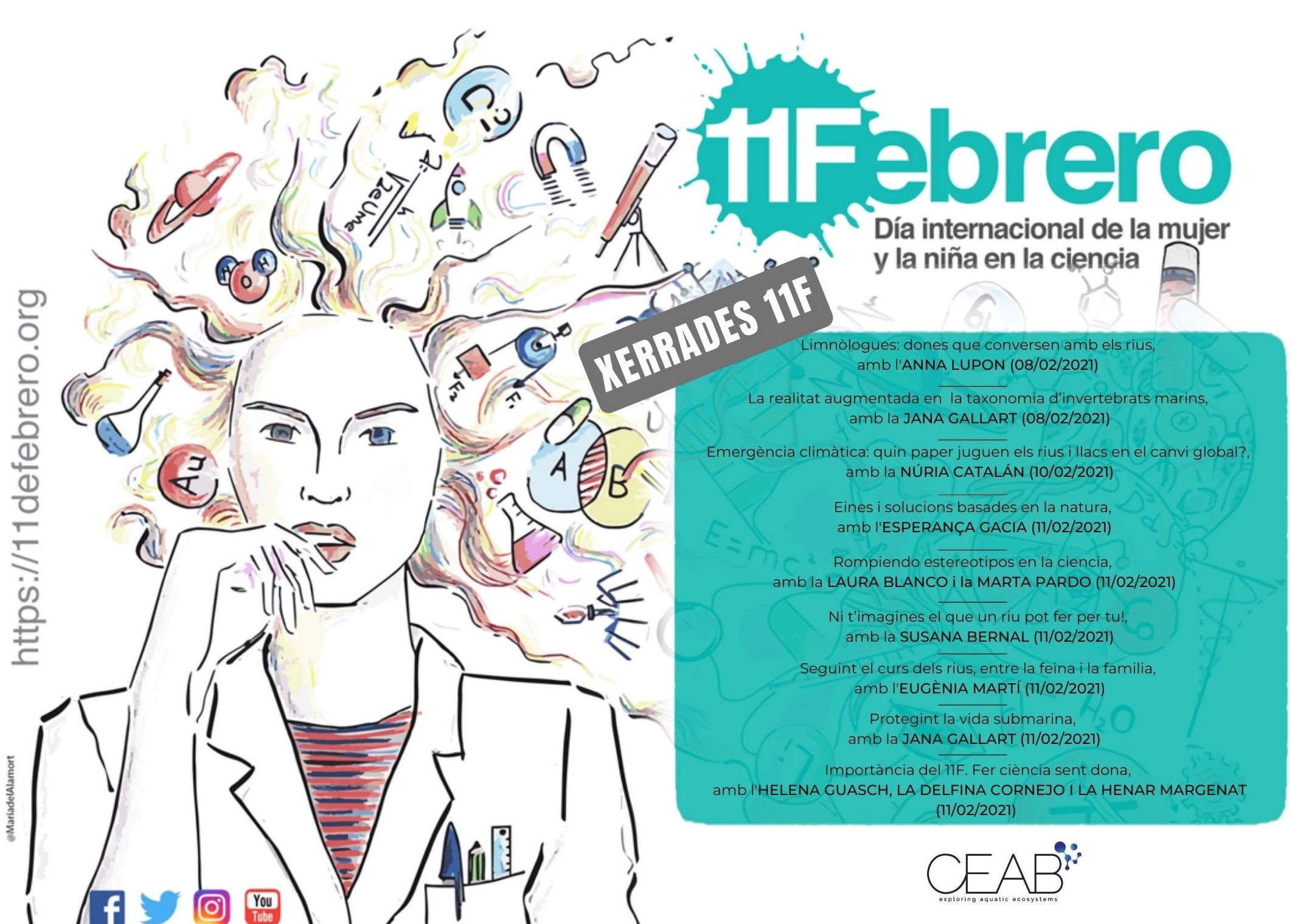 The ultimate goal of these talks is to question stereotypes and remove acquired complexes so that girls and boys can be recognized on an equal footing with science and technology. Bringing science closer to the schools in the hands of researchers also makes it possible to visible the work and role of women in the scientific-technological fields and to create female references for the new generations.

In addition to these talks, some researchers have also participated in other activities:

Facebook Twitter Google+ LinkedIn more
Pinterest Tumblr Email
Previous ArticleSEAMPOSIUM: “Dealing with new frontiers of marine research
Next Article The abundance of phytoplankton and the temperature of the water favor the reproduction of jellyfish around the Balearic Islands