Microorganisms are extremely abundant and cosmopolitan in the biosphere. Due to their high growth rates and high surface / volume ratio, they are in fact the largest and most reactive biological surface on Earth. Most of the ecosystems functions are therefore conditioned by the activity and abundance of the microbial component. Globally, microbes dominate relevant processes in aquatic ecosystems such as primary production, respiration, and the genesis and degradation of particles. Likewise, they participate in the production and degradation (mineralization) of organic matter and are an essential part of nutrient cycles, constituting the basis of most trophic chains with commercial interest. Although they often are unseen, their activity contributes very significantly to global atmospheric phenomena that substantially affect the whole biosphere will respond to climate change and will affect the sustainable use of natural resources in several unpredictable ways. Two of the most challenging tasks nowadays in microbial ecology are (i) the characterization of the genes with unknown functions
widely present in metagenomics surveys and (ii) to gain insights in the interactions of the microbiome in situ. We propose computational approaches that exploit the co-occurrence of genes with known and unknown function and the co-occurrence of different microbial species in the environment to generate hypotheses and prioritize potential targets with ecological or biotechnological interest, that can be tested and characterized later by microbiological, molecular and biochemical traditional approaches. We will use well-known simplified microbial systems to test the approach (saline lakes with strong salinity gradients) and next we will focus in alpine lakes and the co-occurrences of the potential parasites groups archaeal DPANN and microeukaryotes parasites recently unveiled. We will also explore microbiome biotic filtering along climatic, geographical and animal and plants host species.  targets for biotechnology and biomedicine. 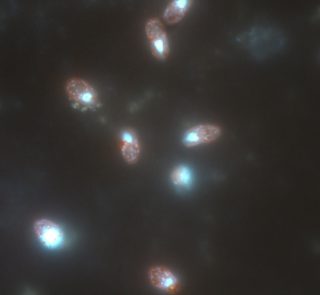