The alarming rise of CO2 in the atmosphere of the planet, that this year reached 400 ppm for the first time in the last 3 to 5 million years, and the certainty that fossil fuels will continue to be burned in the next decades, has made evident the need to intensify efforts in the study of the natural biospheric carbon sinks. The project proposed will provide solid methodological and conceptual tools and up-to-date estimates to assess the role of seagrass sediments as long-term carbon stores helping to control that rise. A first global estimate and a model for Spanish seagrasses will be elaborated and the potential economical benefits for the country assessed. Whilst the phenomenon of refractory accumulation has been extensively studied in terrestrial ecosystems, the estimates available for the marine coastal counterparts, known as Blue Carbon ecosystems, are still profoundly scarce, fragmentary, and biased. Moreover, the knowledge of factors responsible of its variability and the attempts to model it are virtually missing. During the last decade, part of the applicant team pioneered the study of the role of marine phanerogams as significant long-term carbon sink demonstrating that Posidonia oceanica, a Mediterranean endemic seagrass, exhibits the highest annual organic carbon flux towards the sink and the largest total stock among all seagrasses of the world. The estimates obtained are still nowadays reference values of the maximum long-term carbon storage capacity of seagrasses. That study aimed at shallow P. oceanica meadows, at the basic characterization of the sink, and at providing the first global top-end estimates. Changes in the carbon sequestration capacity along a depth gradient, the factors governing the stabilization of organic and inorganic carbon in the sediments (physical, chemical, and biological), or its potential monetization in the carbon markets were not addressed. SUMILEN represents an innovative natural next step forward with respect to previous projects by aiming (i) at improving and extending the estimates of stocks and fluxes of carbon to seagrass sediments (along a depth gradient and in 4 species), (ii) at studying and modelling some of the mechanisms that control that stocks and fluxes (to predict their evolution in a changing environment), (iii) at proposing a conceptual framework to help systematizing the outcomes of the studies that have proliferated during the last 5 years, and (iv) at assessing the economical potential of the carbon sequestered in the international carbon markets, providing a first estimate for Spain. The list of techniques to face those challenges will include (i) testing established and prototype continuous coring technology (allowing to sample the meadows over their entire depth range), (ii) the combination of various dating techniques (to estimate the average fluxes and changes in the fluxes over up to 6000 yrBP), (iii) up-to-date geochemical and edaphological techniques (to study the sources and mechanisms of carbon stabilization in the
sediments), or (iv) a microbiological approach (to assess the specific and metabolic diversity of the microbes responsible of the degradation of the organic matter). To carry out the project, SUMILEN reunites a multidisciplinary international group encompassing ecologists, edaphologists, microbiologists, and carbon
market analysts, from Spain (Catalonia, Galicia, and Basque Country), Australia (Perth), Brazil (São Paulo), and England (London). 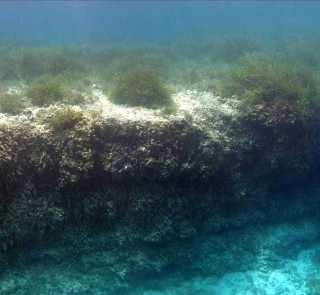