Cryptic species are of paramount importance if we want to correctly assess species diversity, understand biogeographic patterns, or keep track of natural or man-made induced changes in the marine environment. In Norwegian waters more than 700 morphological species of polychaetes are known. Previous research investigated about 25 of these using a combination of mitochondrial, nuclear and morphological data gave rise to surprising results: on a North-Atlantic scale about 70 % of the species diversity is neglected if only morphology is used in species identification.

The present project aims to assess the cryptic polychaete biodiversity among the most commonly encountered morphological species in Norwegian waters (such as the species of the genus Eumida in the figure), based on material already collected for DNA-analysis available from several expeditions made by the Swedish and Norwegian Taxonomy Initiatives, and the MAREANO-programme, together with the extensive personal collections of the team members of polychaetes from this area.

A first quick genetic scan using the barcode gene COI will be conducted on the target species. It is estimated that cryptic taxa will be found in about 1/3 of them, and these complexes will be investigated in further detail using a combination of mitochondrial and nuclear markers in order to make adequate species delineations. A thorough morphological investigation of the molecularly revealed cryptic species will be initiated to search for possible morphological markers that may be used in standard identification in connection to assessments of biodiversity.
The proposed research will undoubtedly lead to the discovery, and ultimately formal descriptions, of a large number of new species to science, and will greatly contribute to increase our knowledge of polychaetes in Norwegian waters. 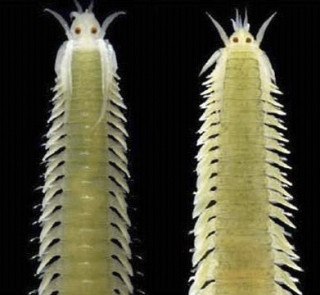