We want to apply the new high throughput sequencing technologies to characterize benthic communities in the marine National Parks using environmental DNA (metabarcoding). We will at the same time assess the community impacts of invasive seaweeds. In classical biodiversity surveys, only a small fraction of the present organisms is studied, leaving most of the extant biodiversity as hidden. Metabarcoding is a technique that uses sequences of particular genes (so-called barcodes) to identify the species present in a sample of environmental DNA. This allows identifying macroscopic organisms, but also those components neglected in classical surveys: small metazoans and algae, and protists. These small organisms constitute most of the biodiversity present, lie at the basis of trophic chains, and are crucial to the function of ecosystems, being the first ones to respond to perturbations.

The goal of the project is to develop and validate a tool (techniques and protocols) to characterize the biodiversity of representative communities using environmental DNA. The impact of the study on the Parks themselves will be minimal because of the small volume of samples required.

The project will provide the Parks with (1) a new standardized and repeatable tool, (2) updated biodiversity databases of high precision, which can serve as references in future surveys; (3) an assessment of the response, in terms of biodiversity changes, to the presence of invasive. Given the novelty of the application of metabarcoding to benthic communities, we expect a high impact of the research in the scientific community, as well as on the visibility of the Parks at the national and international levels. 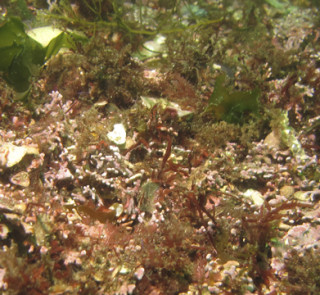