One Health PACT is a Dutch project to anticipate outbreaks of infectious diseases in humans and animals. High population density, with large numbers of farm animals in a wetland and canal landscape, and intense international and traveler trade, make the Netherlands a region vulnerable to outbreaks of infectious diseases. The objective of the project is to prepare the country for more frequent home outbreaks in Europe in an integrated way. Since the health of people, animals and the environment are interrelated, the most effective way to grow strong in the face of these new risks is to work in an interdisciplinary way.

The One Healt PACT team focuses primarily on vector-borne diseases, primarily mosquitoes. In recent decades, international trade has led to the introduction of exotic mosquito spices in Europe, and climate change is favoring its spread throughout the continent. Invasive mosquitoes such as the tiger mosquito (Aedes albopictus) can transmit the viruses of diseases such as dengue, Zika or chikungunya. But also native mosquitoes, such as the common mosquito (Culex pipiens) can transmit viruses of tropical origin, mainly among birds, which occasionally can jump to humans. Outbreaks of the Usutu virus (USUV) have been detected in the Netherlands between 2016 and 2018, causing high mortality among the country’s blackbirds.

With a comprehensive view of this problem, the impact of climate change, water management, agricultural and livestock methods, and the importation of diseases by trade and tourism, on the probability of an outbreak of some of the transmitted viruses is investigated. by mosquitoes. For this reason, new tools are developed to assess risk and early detection. The One Health PACT approach consists of four complementary and interactive pillars between them: (1) ecosystem mapping, (2) prognosis and early detection, (3) evaluation of impact and severity, and (4) interventions.

Prepare for mosquito-borne virus outbreaks in rapidly changing environments
One of them, the mapping of ecosystems, consists of collecting mosquito samples from different environments to analyze and search for pathogens. In order to cover the territory, a citizen science program will be developed to help in the collection and validation of data. Mosquito Alert contributes, together with Muggenradar, in the development of citizen science activities for schools and institutes to help collect data on the presence of mosquitoes and human-mosquito interaction. Citizens and high school students will also provide data on birds, water and use the travel app “GGD Reisten mee”.

The project will also take samples of other vertebrate animals, such as birds, rats and farm animals, to make analyzes looking for pathogens that can be transmitted by mosquitoes and thus, have an overview of the risk before a case arises among the human population. The idea is to be able to anticipate instead of how it has been done until now, investigate from the outbreak and recreate the facts. With all the information, new models will be generated to predict how changes in ecosystems can increase the risk of these diseases. The project’s ambition is to be prepared for arbovirus outbreaks in environments that are rapidly changing due to both climate change and landscape management and exploitation practices. Early detection of viruses and their risks can save lives. 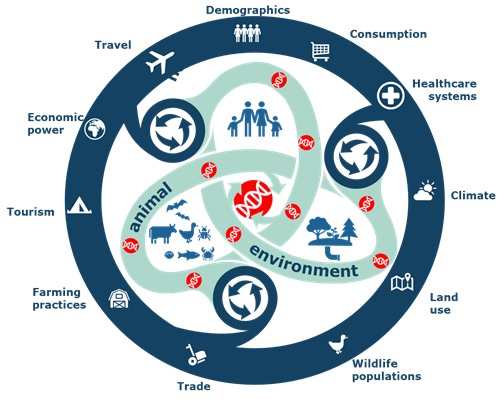 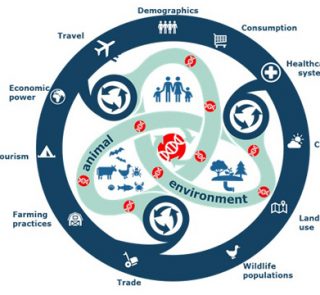