The target habitats include eleven aquatic or semi-aquatic habitats of which five are priority: high mountain lakes (HCIs 3110 and 3130), alpine or subalpine grasslands, heaths and meadows (HCIs 4020*, 6230*, 6410 and 6520), mires (HCIs 7110*, 7140, 7230 and 91D0*) and petrifying springs (HCI 7220*). Target species include native amphibians from both areas (Rana temporaria) or from the Pyrenees (Euproctus asper, Alytes obstetricans); the semiaquatic mammal Galemys pyrenaicus living in Pyrenean streams and lakes; and seven insectivorous bats, Barbastella barbastellus, Myotis myotis, and Plecotus macrobullaris present in the Pyrenees and the Alps and Rhinolophus hipposideros, Myotis blythii, Myotis bachsteinii, Nyctalus lasiopterus from the Pyrenees. The target habitats and most species have a naturally fragmented distribution, occurring on small areas in the whole European Alpine biogeographic zone, and are affected by anthropogenic pressures.

The actions and means involved will be the experimental non-native fish eradication in high mountain lakes, selective mowing of meadows, livestock grazing management in mires and aquatic habitats, and conservation status improvement of mires by forest clearcutting. The project will provide replicable and exportable conservation actions, will rise awareness among people and stakeholders on the project conservation issues and will promote the transfer of the project background and results to other European high mountain areas and conservation authorities. 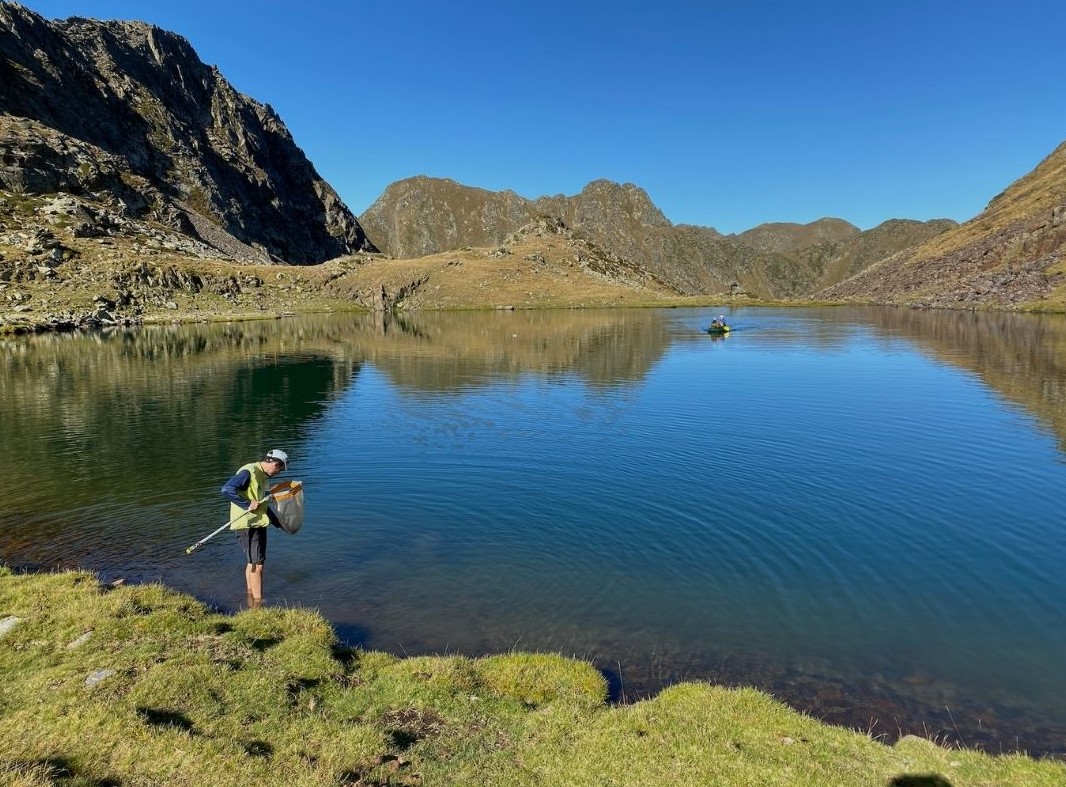