Some marine animals die or can be seriously injured when they are accidentally caught by some fishing gear. This by-catch is sometimes given because some species are attracted to the food offered by the boats or fishing gear and are caught at the time of trying to access it, and at other times because the animal approaches it. casually.

In this context and to respond to these problems, we present, in collaboration with the Spanish Society of Ornithology, SEO / BirdLife, “Bycatch“, a new mobile application of citizen science, aimed at the fishing industry, which brings together workers of the sea with the study and protection of the oceans.

The initiative, promoted by researcher Meritxell Genovart from the Center for Advanced Studies in Blanes (CEAB-CSIC), aims to raise awareness and involve the entire fishing industry. Fishermen, both professional and recreational, can provide valuable information on where, how, and when bycatch occurs, which helps to better understand the problem and find solutions.

About 5,000 birds die each year due to bycatch

Despite the efforts of scientific staff and fishermen in recent years to prevent such unwanted catches, many seabirds, marine mammals, turtles and fish of various protected species (especially sharks and rays) are now caught in hooks and nets to fish.

It is estimated, for example, that about 5,000 birds die each year on Spanish longliners operating in the Mediterranean basin and some 4,000 common dolphins could be caught annually in fishing nets in the Bay of Biscay and the mainland coast. Bycatch is a major threat to many of the largest marine animals (marine megafauna).

In addition, for many fishermen, these catches are also a nuisance, as they cause discomfort, slow down work, damage gear and cause fishing opportunities. In order to understand the factors that favor or reduce the risk of these by-catches, information is needed on how and when these catches occur.

On the other hand, there is a lot of data that says these catches are important, but in order to be able to assess which species are most affected and the severity of this impact, more information is needed. For example, demographic studies allow us to assess whether or not these catches are endangering the survival of the species. One of the problems is that these catches happen at sea and it is very difficult to get information about what is happening in this environment.

Awareness and involvement of the fishing industry is therefore a key factor, as they are the ones who can help to obtain this information.

‘Bycatch’, a new collaborative application to study the seas and biodiversity loss

With this idea in mind, and in order to offer a tool that would allow the easy collection of data by fishermen, both professional and recreational, the CSIC developed the first Bycatch mobile application.

The partnership with SEO / BirdLife came naturally as the organization has been working closely with fishermen in the Mediterranean, Galicia and elsewhere for many years to study and find solutions to the problem of bycatch.

According to Meritxell Genovart, researcher at CEAB-CSIC, “with SEO / BirdLife we ​​shared vision and goals, so joining resources and efforts seemed the most logical thing to do. With this application we aim to provide a platform to facilitate and unify the bycatch data of fishermen and fishing observers, not only of the national fleet but also internationally. 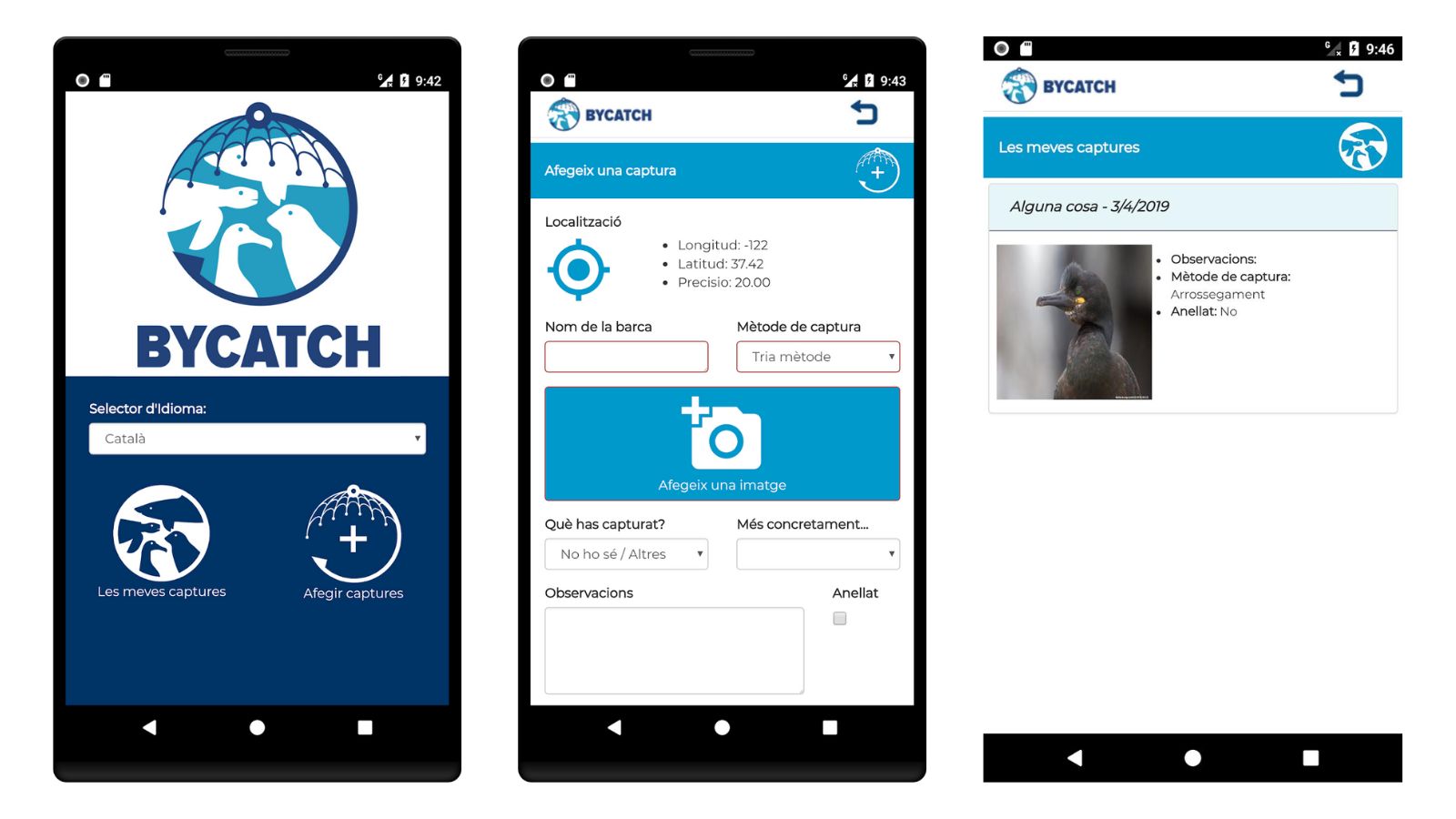 The Bycatch application is available for free on Google Play in Spanish, Catalan, Galician and English and will soon be available on IOS. The first version of the application was developed with the financial support of the Ministry of Science and Innovation and the Government of the Balearic Islands, and the current version was developed within the framework of the projects ZEPAMAR II and ZEPAMAR III of the marine program of SEO / Birdlife with the support of the Biodiversity Foundation of the Ministry for Ecological Transition and the Demographic Challenge, through the Pleamar program, co-financed by the European Maritime and Fisheries Fund.