Researchers from the Center for Advanced Studies of Blanes (CEAB-CSIC) have participated in an audiovisual production, entitled ‘Marking the rhythm’ with a double goal; on the one hand, to disseminate the environmental challenges associated with global change that impact on aquatic ecosystems and, on the other hand, to give visibility to the work carried out by women scientists in this field.

The production offers a broad and diverse perspective on how researchers at different stages of the scientific scale face this challenge and how they project their research careers. The work is also articulated through a guiding axis on gender bias and the loss of female talent in the scientific field. 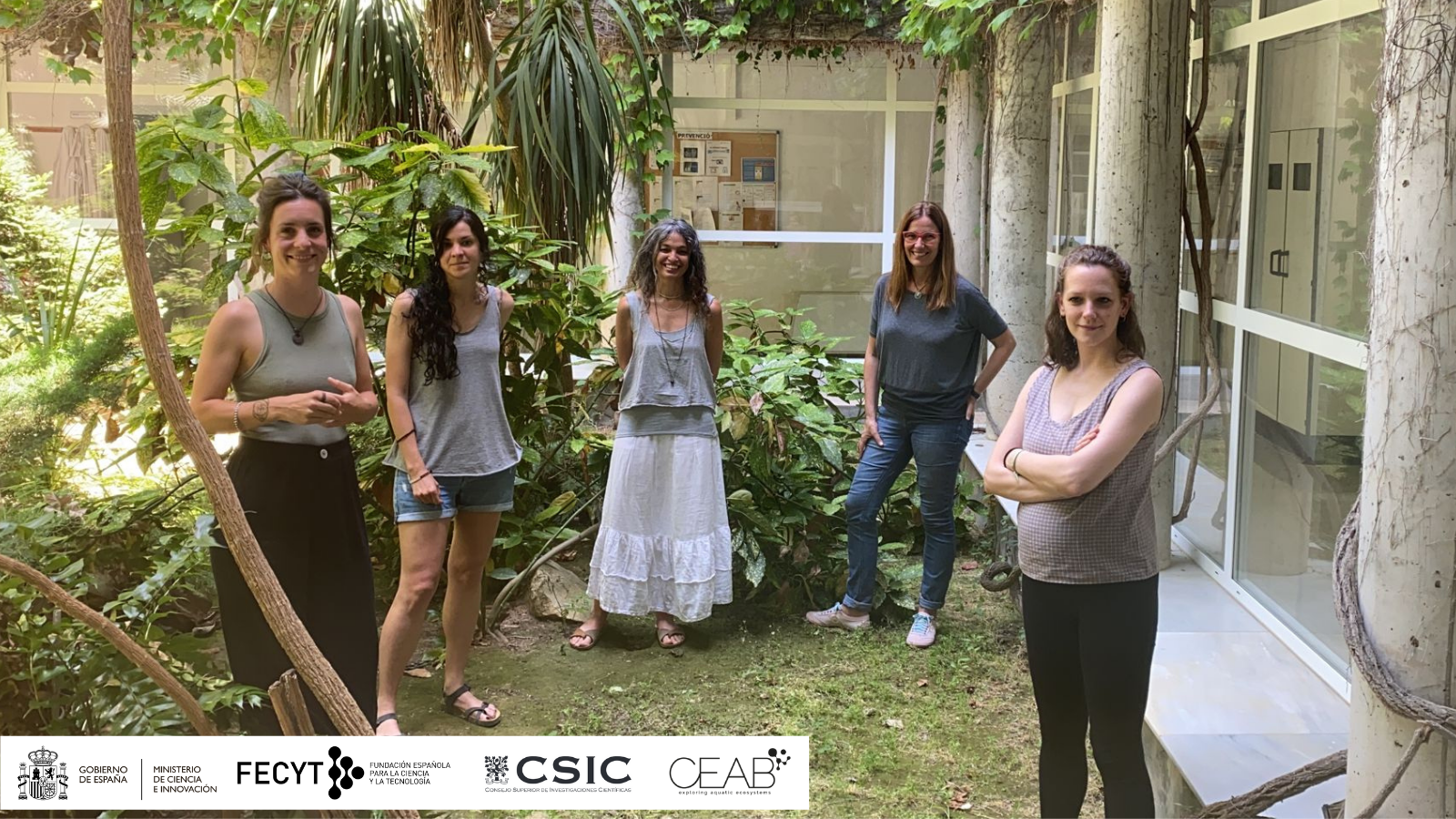 At CEAB-CSIC, many researchers dedicate their line of research to the diagnosis and prognosis of the impacts of global change on aquatic systems, in which they analyze and observe effects such as: species invasions and their dispersal patterns, the loss of natural habitats and what it means for biodiversity and ecosystem functionality, changes in species distribution and abundance, and the impact of anthropogenic activities on water quality. Understanding the impact of climate and global change on aquatic ecosystems and how to anticipate and dampen their effects on these ecosystems is one of the main lines of research at this center.

All the researchers agree that there are many women doing high quality science and many of them claim to have worked on projects at the international level led by high level scientists.

While it is true that there are many women working in the world of research, the loss of female talent throughout the scientific career is a real problem and very present in many fields of science. Throughout the audiovisual production the researchers mention some of the difficulties they face and in which they believe there is still much work to be done.

They highlight, for example, aspects related to job insecurity, such as the difficulty of finding funding, or family reconciliation. Even today, women take on most family responsibilities. This in the world of research translates into a significant reduction in scientific productivity and mobility by women researchers and, therefore, a loss of opportunities.

Another key point is related to education on gender equality at the societal level, giving visibility to women scientists and in turn, bringing more female references to schools.

“Girls need to be able to have contact with female models who encourage them to take an interest in science and research,” says postdoctoral researcher Federica Lucati.

The  Women Researchers Report 2021, prepared by the Commission of Women and Science of the CSIC, confirms that the already known graph of “scissors” of the evolution of the scientific career of women and men in the institution has become a graph of “clamp.” Without going any further, in 2020, the percentage of women contracted predoctoral to the CSIC (50.5%) was the lowest of those collected in the last 16 years.

And in particular the value of the Glass Ceiling Index (GCI) of the Natural Resources subarea (2.59), not only does not decrease compared to previous years, but also increases in a way very alarming.

For all this it is necessary to make an extra effort in the diffusion of science at all levels of society so that it is conceived as something necessary and fundamental for the progress and well-being of all. Only in this way will a balanced and egalitarian future be achieved, ensuring that all possible talent, without gender bias, enriches the science and technology system.

The production has been carried out in the framework of the project ‘Científicas y Cambio Global. Programación de la Red de Cultura Científica, which has the collaboration of the Spanish Foundation for Science and Technology – Ministry of Science and Innovation and is coordinated by the Scientific Culture area of ​​Spanish National Research Council (CSIC).

The production can be seen on the CEAB-CSIC YouTube channel.