Last September, the field guide “Macroinvertebrats fluvials de Catalunya” was published, written by Víctor Osorio and Maria Àngels Puig, researchers at the Center for Advanced Studies of Blanes (CEAB-CSIC), and by Núria Bonada, professor of Barcelona University. The work is published by Brau Edicions and is part of the Col·lecció Maluquer, which has the support of the Catalan Institution of Natural History.

The guide introduces the reader to the knowledge of the different groups of fluvial macroinvertebrates and deals in 110 files with the most frequent and relevant families of our rivers. The content of the files includes tools for the correct identification of organisms, as well as to know their biology, the diversity of each one and their value as bioindicators of river quality. The main invasive species of macroinvertebrates present in the Catalan rivers are also treated, of which photographs and descriptive texts are included.

“Developing a field guide is always a challenge, but the result has been well worth the effort. Both the selection of the numerous photographs and the naming of organisms, as many of them did not previously have a common name in Catalan, have been done with the aim of making macroinvertebrates more accessible and helping the reader to recognize them. . We also did not neglect aspects of their complex biology, and we wanted to emphasize the important role they play as bioindicators of river quality, ”says CEAB-CSIC researcher Víctor Osorio.

The authors extensive experience in the study of the aquatic environment has made it possible to incorporate a great deal of information extracted from their own observations from 40 years of research projects, which together enrich the knowledge gathered in this work.

“The guide aims to bring Catalan river ecosystems closer to the general public. The vast majority of macroinvertebrates that live there often go unnoticed by the population, despite being part of our natural heritage and key pieces to the proper functioning of these ecosystems. Raising a stone from a river and knowing how to identify and know the great diversity of animals hidden below should promote the commitment of the citizens to the conservation of rivers in Catalonia “, according to Núria Bonada, professor at the University of Barcelona.

River macroinvertebrates encompass hundreds of species from different taxonomic groups, from leeches to mollusks to crustaceans, arachnids, and numerous orders of insects. We find them present in all freshwater ecosystems, especially river ecosystems, where they process the organic matter that carries water, are the main source of food for fish, amphibians and birds and provide information on the degree of quality of the water.

“This guide was necessary to update the existing information in previous works, such as the one published 22 years ago by the Catalan Water Agency and in which we participated. Especially because we have included much more information in relation to high mountain fauna and expanded knowledge of endemic and relict river species living in the Pyrenees, which are endangered due to the combined effects of Climate Change and anthropogenic management”, according to Maria Àngels Puig, researcher at CEAB-CSIC. 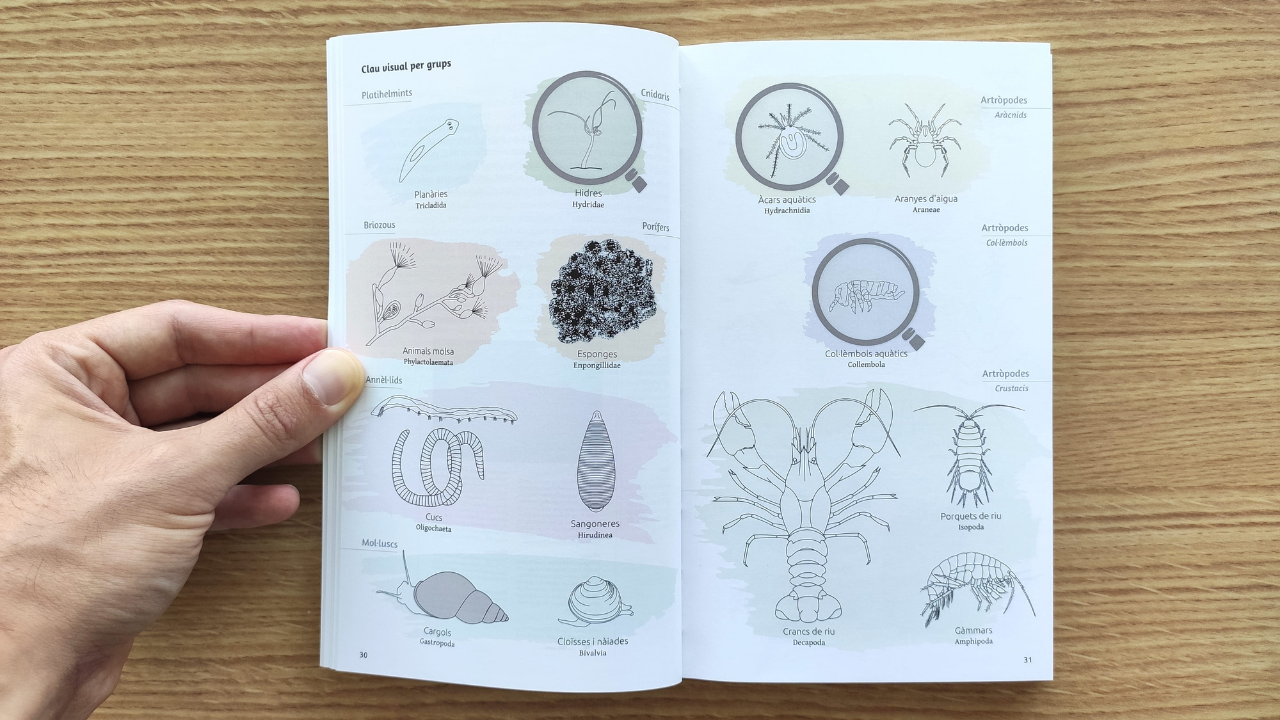