The ongoing POCTEFA project, PlasticØPyr, has been selected as an example of good practice for the development of mountain areas by the European Association of Mountain Areas (Euromontana). Euromontana now represents some 75 member organizations of all kinds in 20 European countries.

The project, led by CEAB-CSIC researcher Helena Guasch, appears in the latest brochure “Cohesion policy supports tourism in mountain areas” of the association. 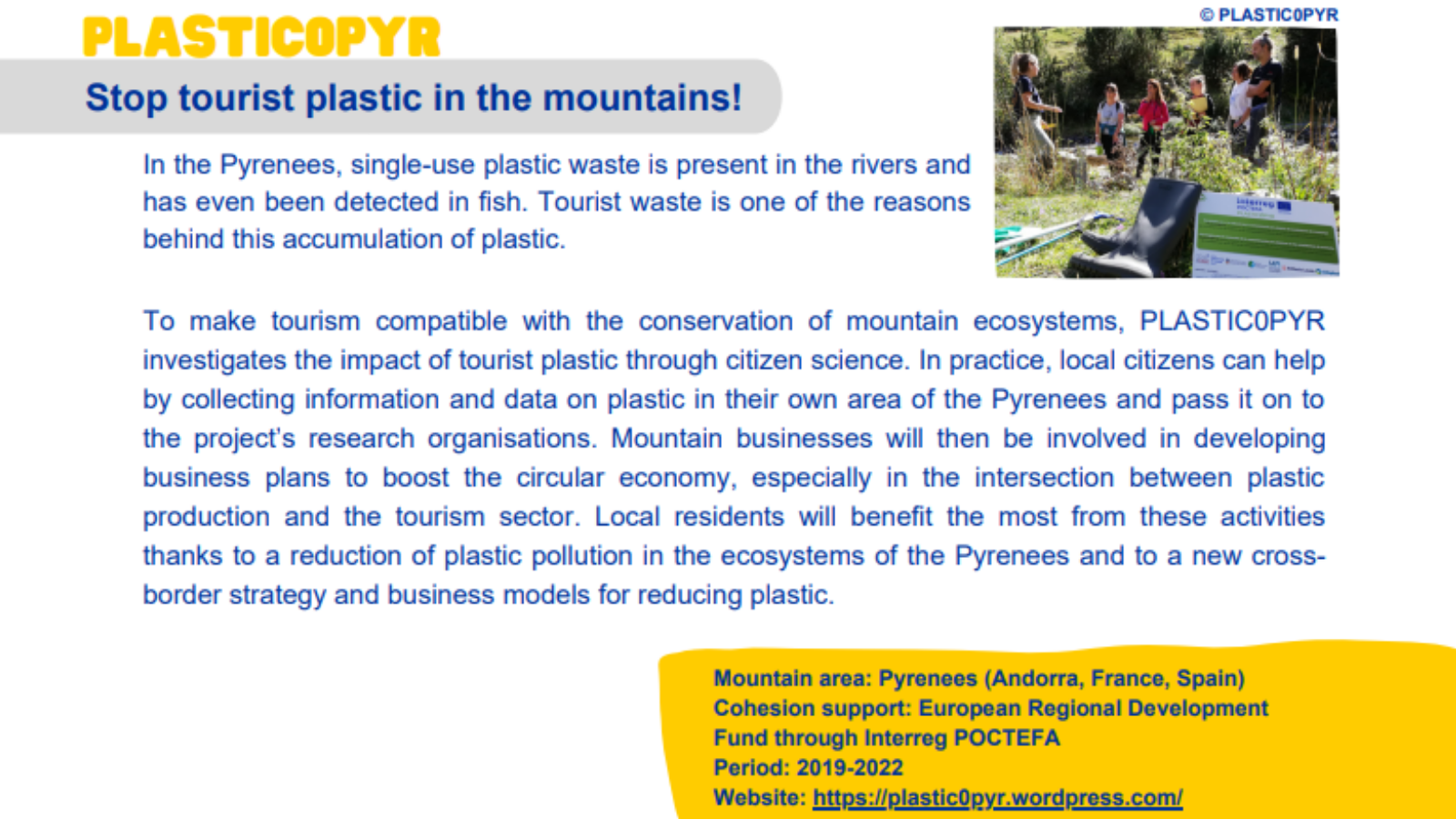 The Euromontana Association was founded as a scientific, non-profit organization with an international vocation, neutral in religion and politics, registered under the French law of July 1, 1901.

Its constitution states that the association will aim to improve the living conditions of the mountain populations of Europe, in particular by:

What is the aim of PlasticØPyr project?

The originality and novelty of the project lie in the development of a strategy that involves local citizens, research centers, specialized companies and local agents in research, dissemination of the problem and co-creation of business models of circular economy. currently non-existent.