Periodic monitoring of biodiversity can boost the ecosystem capacity to cope with disturbance identifying risk factors, predicting phase shifts under future climate scenarios, and suggesting cost-effective management to reduce their impacts. This is particularly true in the ocean, where its out-of-sight nature may cause major alterations to pass unnoticed before damage is irreversible. The worldwide biodiversity loss trend is also present in our coasts, where the dominance of habitat-forming macroalgae and their associated biodiversity have declined from the Bay of Biscay to the Canary Islands and is expected to do so in the near future. Identifying national biodiversity hotspots at high risk of collapse is critical to minimize the chances of losing our biodiversity. But Spain lacks the comprehensive and periodic biodiversity monitoring program needed to reach such goals. DIVERSAT builds upon our previous MINECO grant, which identified national hotspots and their risk of collapse, to provide a novel five-year evolution of the biodiversity status of Spanish littoral reefs. A reliable biodiversity trend assessment can trigger mitigating actions before degradation affects our society. DIVERSAT seeks funding to establish a regular biodiversity monitoring of the Spanish littoral reefs to make progress toward the first nation-wide, and multi-purpose monitoring program of these productive communities that will allow testing new spatial and temporal hypotheses. Our data will allow accurate quantification of many biodiversity metrics that contribute to multiple Aichi Targets of the Convention on Biological Diversity. DIVERSAT will specifically quantify multiple biodiversity indicators including resilience and risk of collapse to assess their evolution over the last five years. With extensive data and a variety of modeling techniques, DIVERSAT aims to create a predictive understanding of biodiversity responses of Spanish marine littoral reefs to climate change. DIVERSAT will point to Spanish areas that are under ecological risk and would benefit from management actions. DIVERSAT will also calculate for the first time a community thermal index that will allow tracking climate change effects on littoral reefs over the last five years and predicting climate change effects over future climate scenarios. DIVERSAT goals are, therefore, in line with major international initiatives such as the Millennium Ecosystem Assessment, the European Union Marine Strategy Framework Directive, the Program of Ecosystem Change and Society, and with challenges 2 and 5 of the Spanish National Research Plan. Our broad-scale approach will generate biodiversity knowledge that can translate into effective conservation actions such as designing effective marine protected areas to reduce current rates of biodiversity loss. Matching socio-economic data with biodiversity information will help define the cultural and institutional mechanisms behind social-ecological resilience. We will also increase our predictive understanding of the magnitude and the direction of biodiversity shifts under multiple IPCC scenarios of climate change and will generate maps to visualize their predictive effects on our marine biodiversity. Assessing the biodiversity status and predictive trends will help suggest effective management guidelines of regional and national relevance, which will lead to healthier, more resilient socialecological systems. 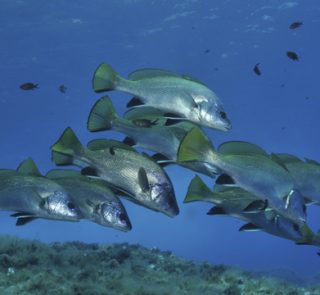