The recent colonization and establishment of the Asian tiger mosquito (Aedes albopictus) in Spain directly impacts public health in terms of citizens welfare and the potential transmission of diseases like dengue, chikungunya fever, of which Europe has already seen mosquito-driven outbreaks. Since 2004 mosquito control services and applied entomologists have been challenged with the enormous task of mitigating the spread of this invasive species within the context of global change. Modern integrated mosquito control strategies rely on deep knowledge of the ecology and behaviour of the targeted species, and such knowledge is still limited with respect to the tiger mosquito. Using unique datasets, together with new data from this proposal, we will quantify the extent to which global change (climate and human-related factors) is facilitating the spread of the tiger mosquito in eastern Spain, and the extent to which currently applied control measures are helping to contain it. We will take a multidisciplinary and integrative approach, going from spatial modelling to field work and vice-versa. The modelling framework will utilize the largest datasets currently available in Spain (from colonised areas in Catalonia). We expect the models to improve both the predictive power of maps showing tiger mosquito risk and dispersion (including linkages to socioenvironmental variables) and the mechanistic understanding of long-term population dynamics (climate forcing vs. life cycle). We will put special emphasis on predictions in early colonised areas (e.g. Murcia and Alicante), where an oviposition trap surveillance network will be implemented for two years. This data will then be used to cross validate the models, the latter, in turn, helping to optimize the ovitrap network design. We will also perform targeted field experiments addressed at providing further mechanistic understanding of the ecology and behaviour of the tiger mosquito, tackling relevant questions about accidental passive transport of mosquitos in vehicles and the costs and benefits of various control measures. Our modelling will be supported by population genetic analyses. Understanding the genetic variability of tiger mosquito populations in Spain will answer questions related to the evolution and natural history of the invasion process. Molecular ecology and population genetics are powerful, modern tools that allow us to assess: (i) the entry routes of tiger mosquito populations in the Iberian Peninsula and Balearic Islands, (ii) the degree of isolation of tiger mosquito populations in Spain, and (iii) through analysis of the spatial patterns of genetic variability, whether accidental road transport by humans is the main vector of dispersion. Because of their insularity and recent colonisation (2012) the Balearic Islands are of special interest in genetic studies, and will serve as a control of the results obtained in the Peninsula. We will involve actors, stakeholders and citizens in the control, surveillance and study of Ae. albopictus in Spain and make findings accessible to the public using a ready-to-use cell-phone based citizen science platform, meeting the current social demands for novel participative science tools. 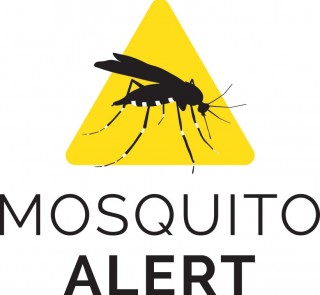