Invasive species, like rats, are one of the most severe agents of global change, which threatens the planet’s biodiversity. Since man sailed the seas 40 millennia ago, rats have been stowaways on boats that reached the most remote islands, where there were no predators controlling their ecological opportunism. The changes that rats have generated are very important, since, when they break into simple and vulnerable systems such as islands, they alter the entire ecosystem. Rats have been the cause of the extinction of many endemic organisms, unique to these islands, such as invertebrates, reptiles and birds. On the island of Dragonera, the presence of the rat dates back to the arrival of man, approximately 4 millennia ago. Since then, the island’s biodiversity and its ecological processes have remained altered, and only now, after an innovative and successful rooting action carried out in 2011, the island can regain its original ecological dynamics. The present project tries to evaluate the effects of rat eradication on fauna and vegetation taking into account their trophic and competition interactions. We will study how resilience mechanisms have operated, that is, processes that buffer disturbances to minimize damage and resist impacts. No project has yet been carried out in the entire Mediterranean on this scale, on an island on the surface of Dragonera, of more than 350 hectares. We will also study the changes that occur under the surface of the sea that surrounds the island, given that the infra-coastal ecosystems are closely linked to the nutrient inputs that come from the terrestrial part, which is undergoing important changes after rat eradication. The work team is made up of ecologists, physicists, mathematicians and geographers who will approach the project from a transdisciplinary and holistic perspective, considering the island and the waters that surround it as a unique system where processes occur in an interwoven and complex way. It is from this perspective that we will be able to better understand how ecosystem resilience works against disturbances, and how they recover after reversing anthropogenic impacts. 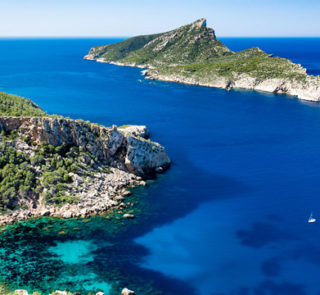