Inspiraciencia, the short stories contest of CSIC, which brings together science and literature, is back once again. The stories can be submitted from 9 April until 13 June in Spanish, Catalan, Galician or Basque.

his contest has the support of the Spanish Foundation for Science and Technology (FECYT) from the Spanish Ministry of Science and Innovation as well as many cultural and scientific institutions. Moreover, this edition will count with the special participation of the CSIC Delegation in Aragon in the organization of the awards ceremony.

Inspiraciencia started in 2011 with the desire to bring together science and literature to promote creativity as well as a different approach to scientific thinking. Participants can submit short stories of up 800 words in two categories: junior (from 12 to 17 years old) and senior (from 18 years old onwards). If you like sciene and literature, Inspiraciencia is the perfect place to express yourself.  The originals must be sent through Inspiraciencia’s website (registration is necessary). 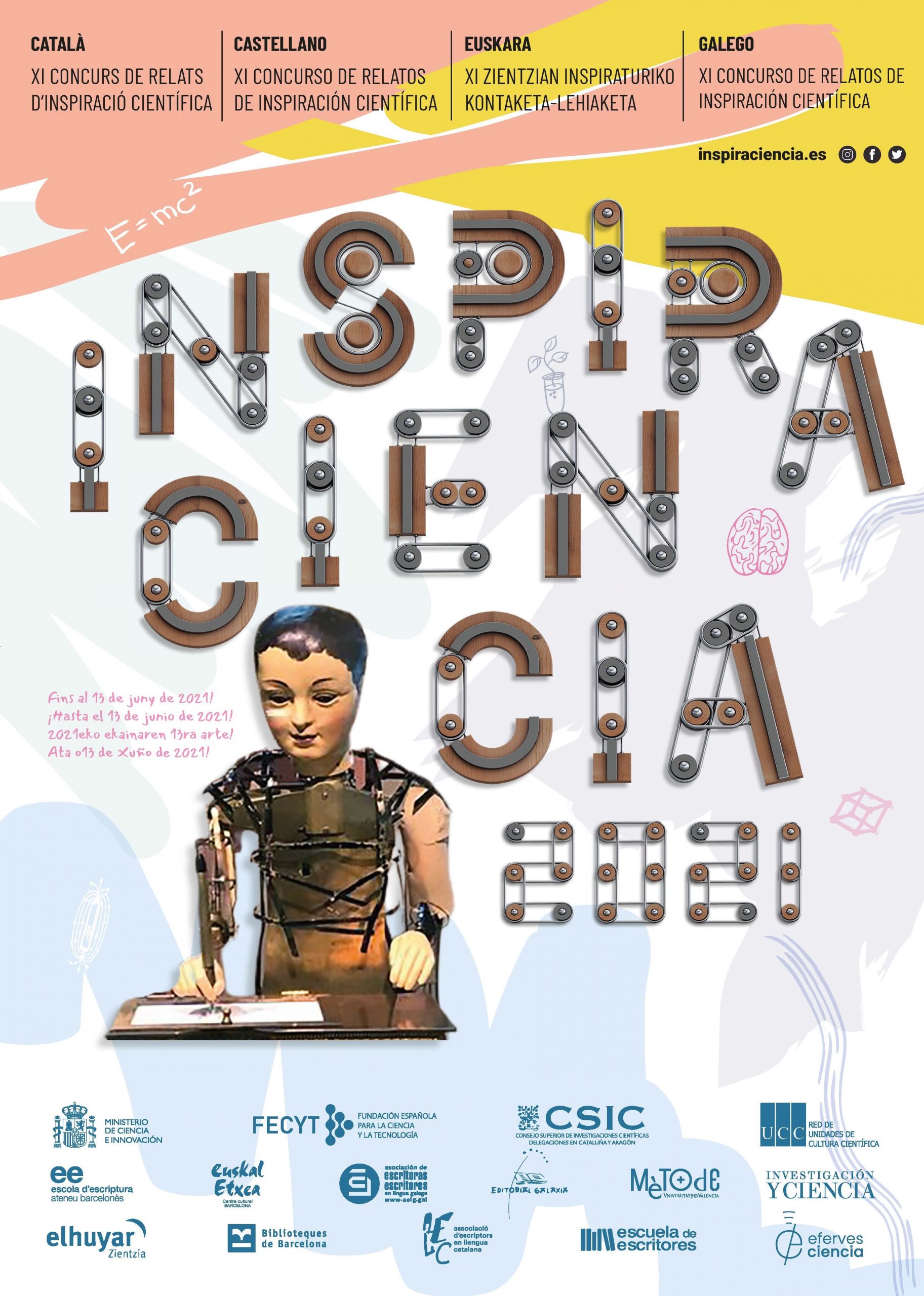 This year the special award “De ciencias y de letras” has been introduced. This category is directed to teachers that promote the participation of their students. In order to be elegible, at least one story has to be presented in the junior category of the contest. The award will consist of an experience related to the creation process of one of the performances of the Inspiraciencia awards ceremony.

The first award ceremonies were in Barcelona, where the contest originated. From the sixth edition onwards, the awards ceremony took place in different Spanish cities: Madrid, A Coruña, Sevilla, San Sebastian. In the 10th anniversary of the contest, on 2020, the ceremony took place in Barcelona, where the initiative started. This year, if the sanitary situation allows it, the ceremony will take place in Zaragoza in September 2021. Let’s cross fingers!

The jury is formed by people from the scientific and literary fields: María Jesús Lázaro, CSIC institutional delegate in Aragon; Manuel Vicente from the Efervesciencia programme of Radio galega; Ana Bellón, of the CSIC Galicia Communicaction department; María Vicioso, of the Institut de Ciències del Mar (CSIC) Communication and Outreach department; Naiara Berrojalbiz, CSIC researcher at the Institute of Environmental Assessment and Water Research; a representative from the Association of Writers in Galician Language; and a representative from the Biblioteques de Barcelona.

Inspiraciencia is a contest promoted by the CSIC Delegation in Catalunya, with the collaboration of the CSIC vice presidency of scientific culture. The contest can be organized thanks to the participation of many people from the different CSIC delegations and institutes in Andalucía, Aragón, Balearic Islands, Extremadura, Galicia, Euskadi, Canary Islands and the autonomous communities of Madrid and Valencia.