Daniel Martin is Doctor in Biological Sciences (Ecology) for the Universitat de Barcelona and Scientific Researcher of the CSIC in the Marine Ecology Department of the CEAB, working in the Research Group “Molecular Ecology of the Marine Benthos”.

He has been Vicedirector of the CEAB from 2001 to 2002 and director from 2003 to 2014. His curriculum includes more than 160 scientific papers (about 100 in ISI journals) and collaborations in more than 52 research projects. Hi has participated in about 55 meetings, where he has presented more than 57 communications. He also edited two books, one on Polychaeta and the other one on deep-water submarine canyons. He has directed three PhD theses (on ecology of polynoids polychaetes, on taxonomy of symbiotic polychaetes and on meiofauna of submarine canyons) and is currently directing two more (on sponge-bacteria-polychaete simbiosis and on the polychaete fauna from Tunis) 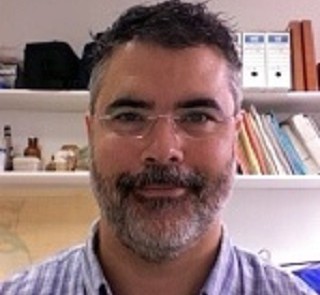